As a result of some internal restructuring, we are pleased to announce that Anya Mayor and Jason McAteer have been appointed as joint General Managers at our Ilkeston site in Derbyshire. 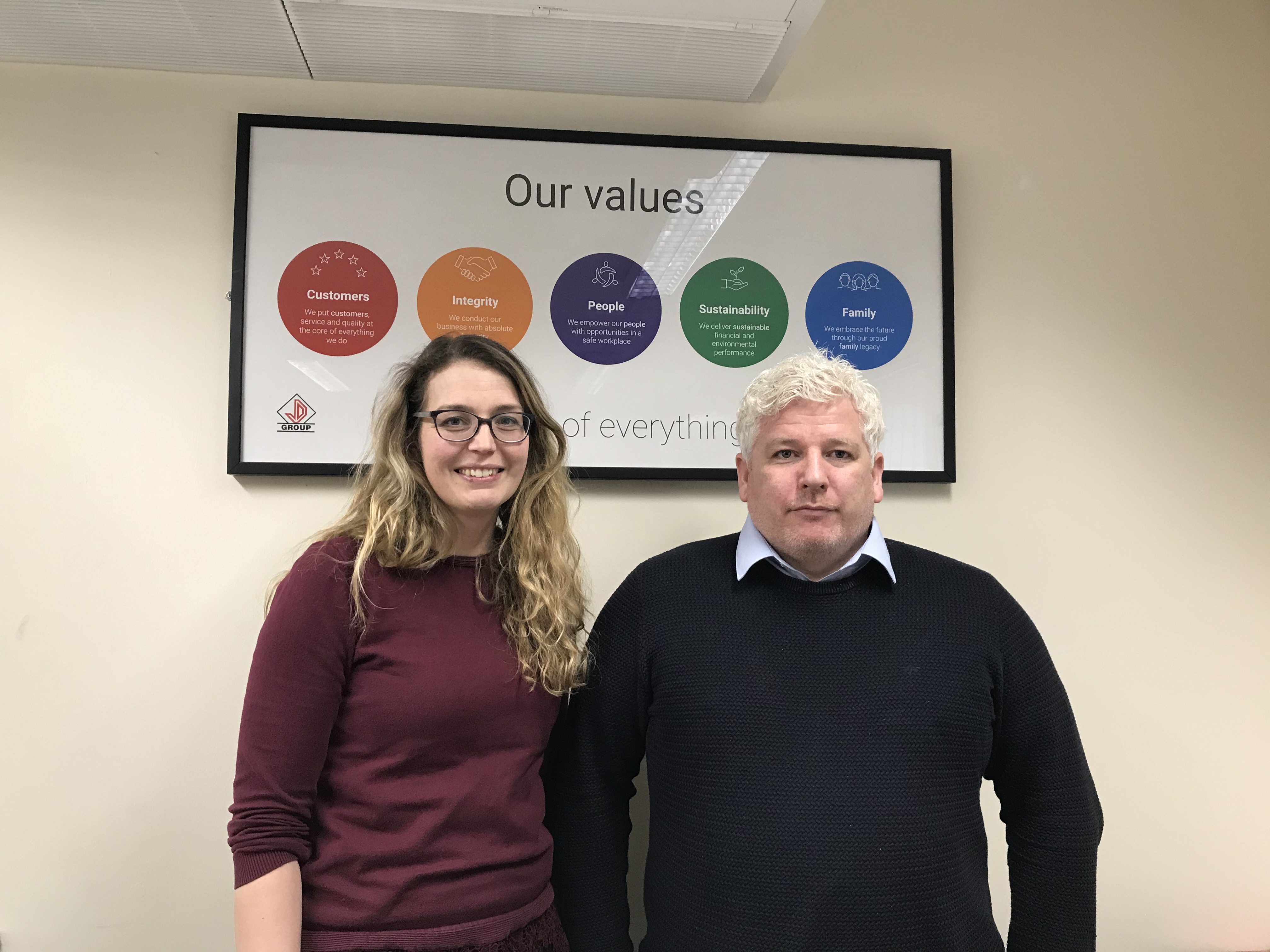 Reporting directly to the DTE Directors, both Anya and Jason will be responsible for delivering the site’s key objectives and achieving the growth plans for the site.

The General Manager role at Ilkeston’s Floors department is a promotion for Anya, who has worked her way through various roles during her 10-year career with DTE including; I-Joist Designer, Team Leader and then Design Office Manager.

Anya commented on her promotion: “I am very pleased to be given the opportunity to guide Ilkeston Floors through its continuous growth and I am looking forward to the next challenge of my career with DTE. We have a talented and experienced team behind us, and I look forward to working hard to develop this further.”

"Both Jason and Anya’s sound industry experience and knowledge of DTE’s product portfolio makes them the perfect combination to oversee the running of our largest DTE site in Ilkeston. I believe that Anya and Jason are both well prepared to build on the current success at Ilkeston and to strengthen our operations overall,” said Luke Roberts, Managing Director of DTE."