We have recently promoted Tom Edwards to Assistant General Manager at Ilkeston’s floor department. The floor department is responsible for the design and manufacture of all engineered metal web joists, I-joists and firring timbers at the site. 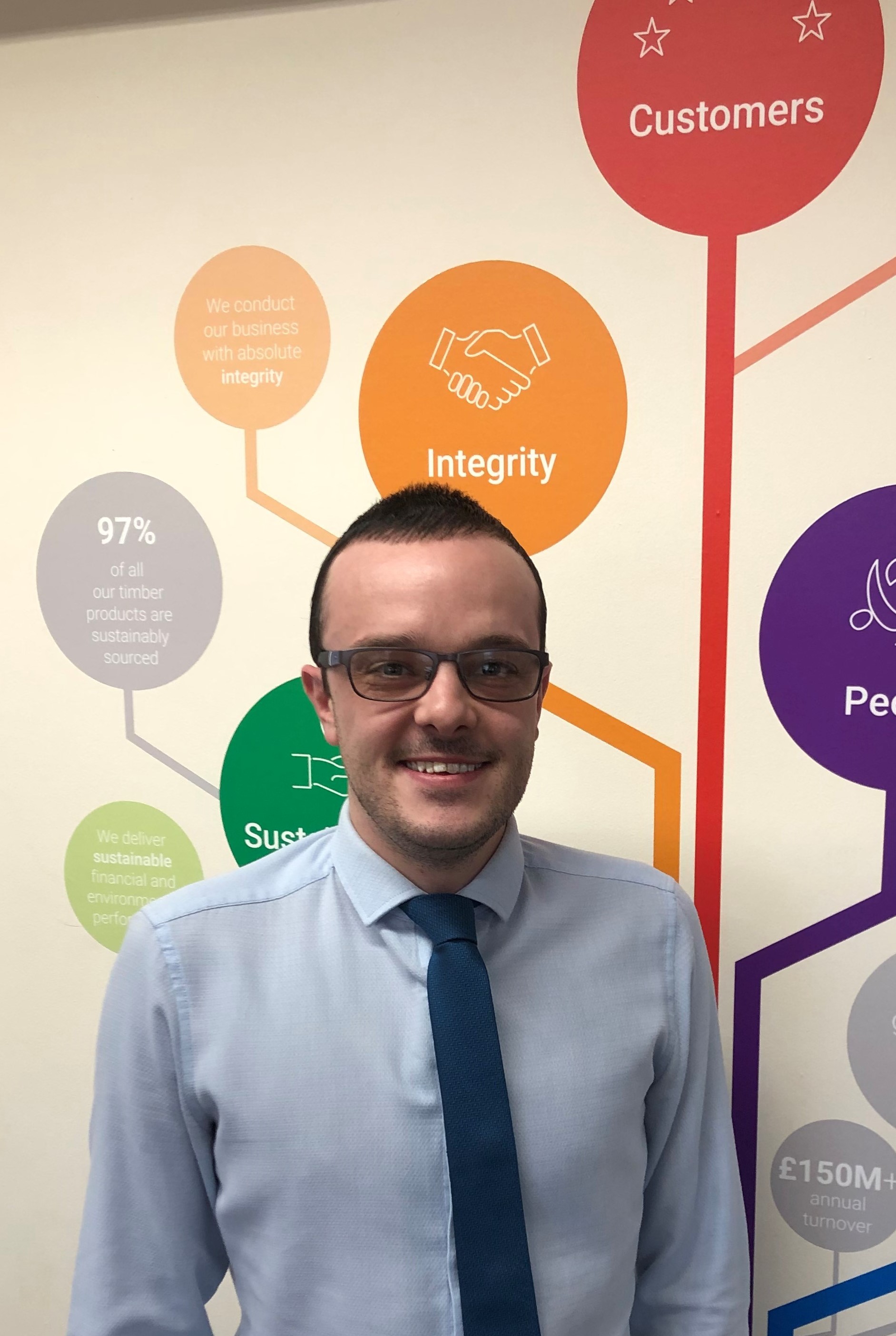 Tom has been in the industry since he was 20 years old, where he began his career as a trainee designer for a competitor. Since joining DTE in 2010, Tom has worked his way up from a roof truss and metal web joist designer, to a Team leader which was his most recent role. The main purpose of his new role is to assist the newly appointed General Manager, Anya Mayor in overseeing the running of the site.

Tom said: “I’m really excited to have been given this opportunity and I’m looking forward to working with Anya to further develop the site and team we have here. Having recently completed my ILM Diploma in Management, I now feel well equipped with the skills required to tackle this new role to the best of my ability.”

"I have every confidence that Tom will thrive in this role, given his experience, enthusiasm and determination to succeed. I look forward to working with him to drive Ilkeston’s floor department forward in the coming months"

There will be a transition period for Tom as he assumes his new position as Assistant General Manager and a replacement for his Team Leader role is found.