Investing in the Future of Donaldson Timber Engineering

Over the last few months, we have been investing heavily in our sites, and as a result, many have had new machinery and upgrades. These investments have been made to improve operational performance and sustainability, and to make production more efficient. In the long-term, these investments will be of enormous benefit, not only to our team but to our customers and are an example of how we are investing in the future of DTE.

Here are some of the operational improvements that have been made to our sites around the UK:

Our Cramlington site has upgraded their Mitek truss press equipment to new state of the art pressing technology which replaced forty-year-old equipment. The new equipment is already saving considerable production time by reducing the number of breakdowns that were associated with the old equipment.

General Manager at the site, Andrew Lee said: “Significant investment has been made to replace our old pressing equipment. The new counterbalanced truss press units supplied by MiTek have allowed the site to produce more trussed rafters per day, keeping delivery periods to a minimum and helping our customers to hit their on-site construction targets.” 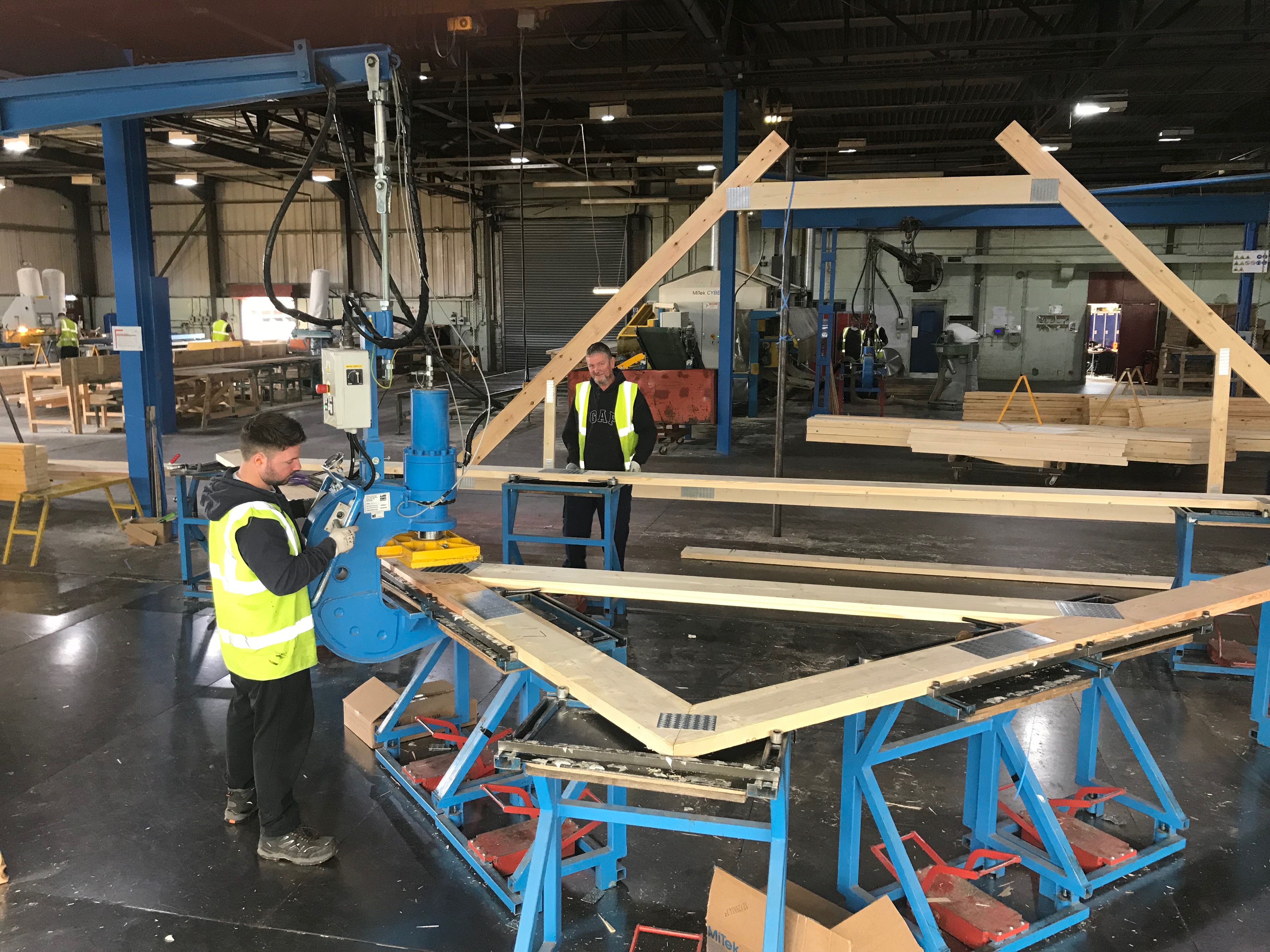 At our site in Enstone, the old cyber saw that was used to cut the majority of timber had been at the site for over 15 years and was often unreliable. The site invested in a new Hundegger saw at the start of the year, and the team are already experiencing the benefits. The software package that accompanies the new saw, batches the timber components together to reduce the amount of waste generated, and as a result, will improve production efficiencies and be better for the environment. Not only that, but the saw is more accurate in the cutting stage, produces less airborne dust in the working environment and makes the fabrication of trusses a simpler process.

Andover is also reaping the benefits of their new Hundegger saw. The site has been reviewing the improvements and efficiencies that have taken effect at the site. The Hundegger replaced the site’s old cyber saw that had served them well for over 18 years.

Highly experienced Sawyer, Stuart Taylor commented on the benefits of the new saw: “The Hundegger is ten times better than the old saw, mainly due to it being a lot faster and easier to work with less wastage.”

As a result, the site can manufacture at a quicker speed with increased accuracy.

Since the acquisition of Cambridge Roof Truss in November 2018, the team have been working hard to make various operational improvements at the site. There were recently new truss storage poles installed at the site which, as a result, have reduced steps recorded on production employees’ fit bits by almost half. This means that the workforce spends less time on foot and more time in production. The site has also recently purchased a new artic trailer that can accommodate trusses over 4 metres in height, which is more cost-effective than using an external delivery service.

Our Warrington site has doubled its truss production capability with new equipment commissioned at the beginning of May 2019.

Following on from our recent investment in the brand new purpose-built head office at our site in Buckhaven, we’ve also been investing in new machinery for our production site. In order to support the introduction of posi joist manufacture at the site, we’ve recently had a Uni Roll 750 posi press installed to offer our customers a wider range of products from the site. There have also been lasers installed for both the posi press and table press to speed up set up time for posi joists and trusses. The investment has also included a slice press, and a birch EMT truss cross-cut saw. The investment will increase efficiencies in production in the long run and allow us to provide an improved service to our customers. 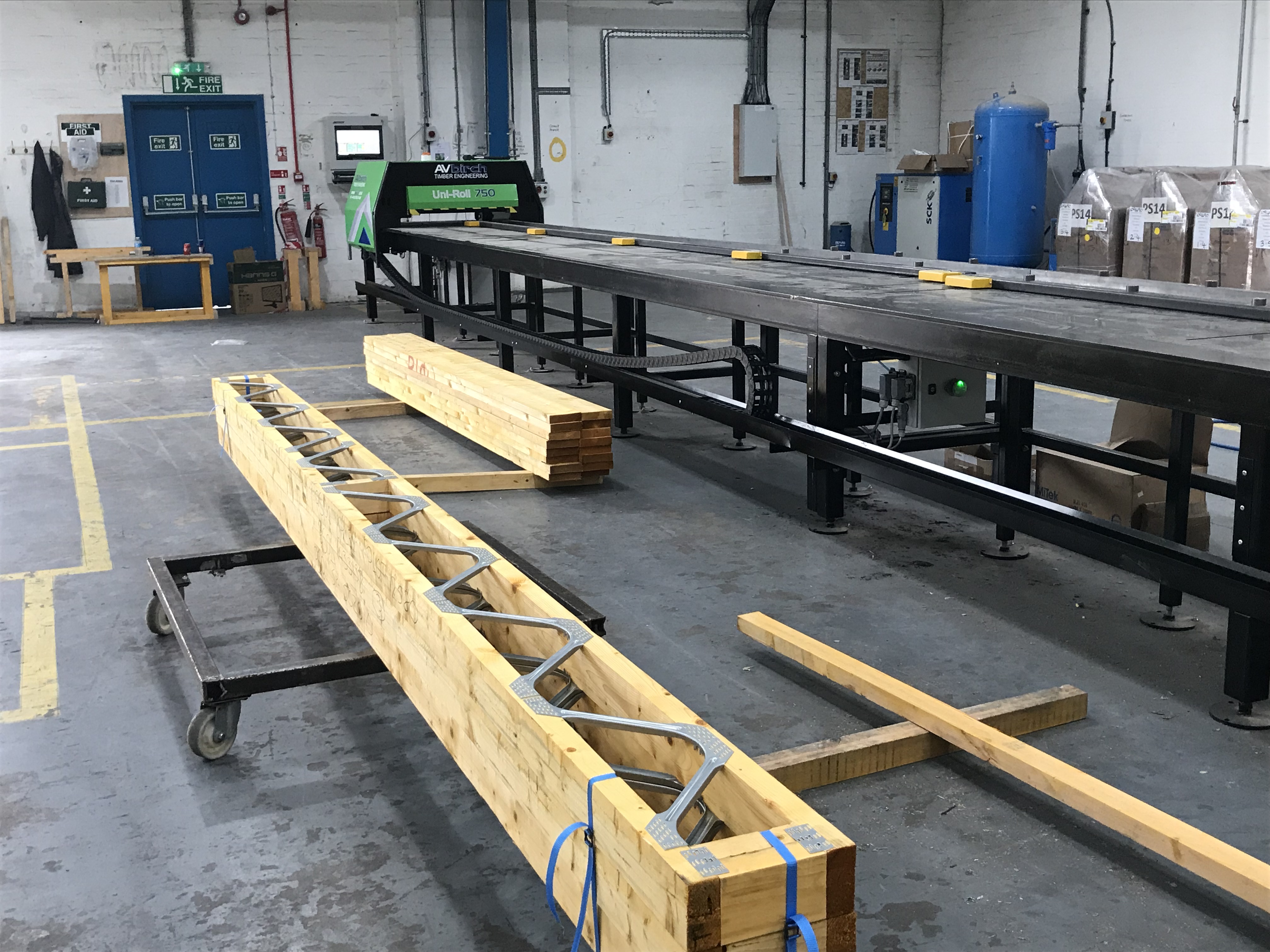 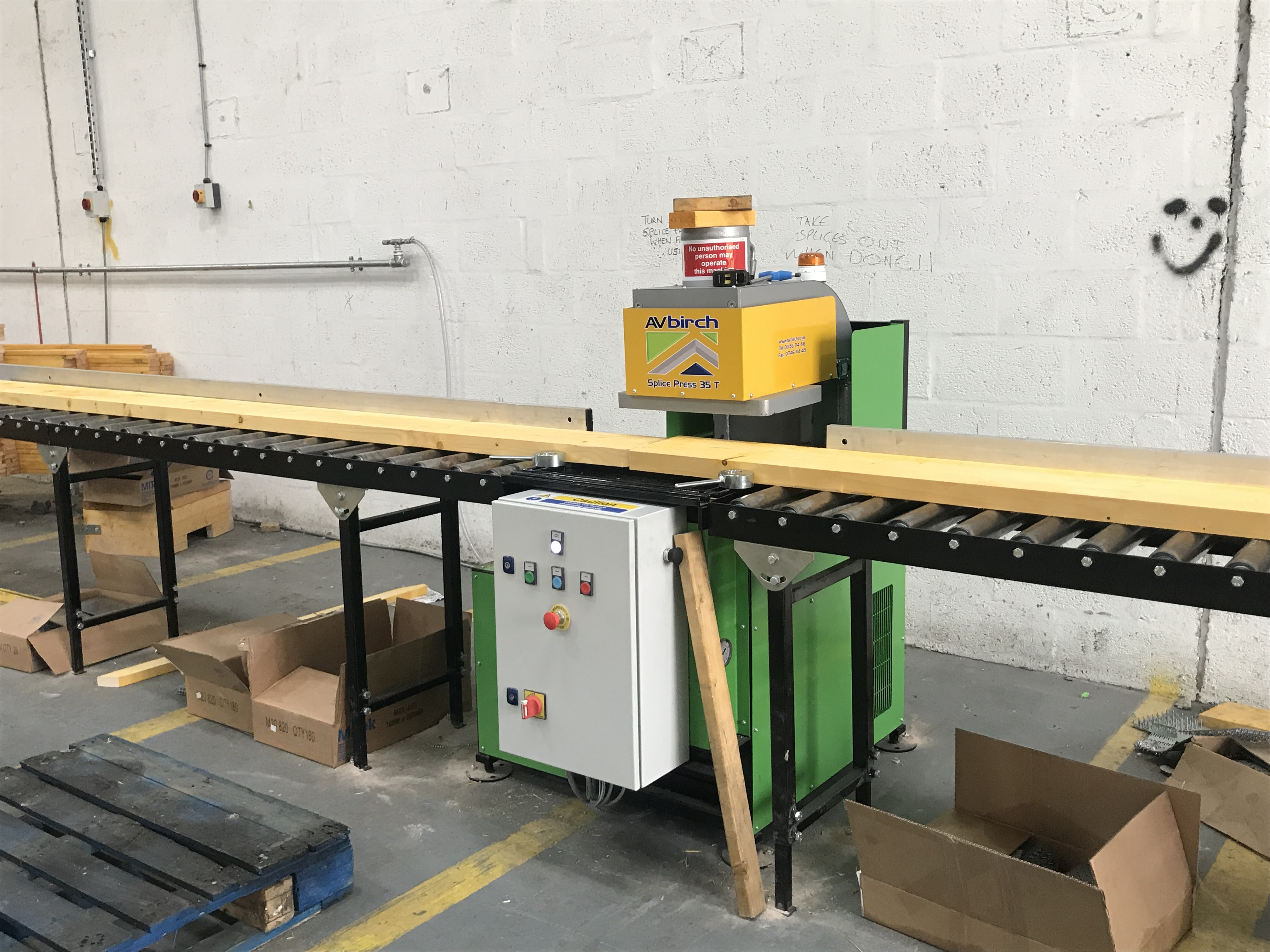